It’s been a while but i thought I would send along a picture of Oscar.  He is 8 now and still thinks he is a puppy but sure loves his cuddles with mom and dad.

Other than a few lumps of fat he has been healthy as an ox and an absolute joy.  I hope you and your family are keeping well and staying safe during these times.

Everyone realizes that we don’t know how many days we get with our beloved fur-family members. Each moment is precious. We are so happy to learn that Oscar is still puppy-like and cuddling with his favorite humans. Thanks for the update.

Here’s a short update on Dyson for your blog. I could write about him every week!!

Dyson (Boone x Flo) is 6 months now and 55lbs.  I remember in the 6 week behavior assessment you commented on how he uses his paws. Well!  I think he might be a southpaw but is close to being ambidextrous as I’ve never had a dog use his paws so much for everything.

Both ears are rarely fully down which I think makes him even cuter than possible. He is so friendly and smothers kisses on everyone he meets. Last night at the pet store a toddler saw him and opened her arms wide to him and he was so gentle with her and his kisses. Made my heart melt as he hasn’t been around too many children.  Not very many blues in Canada so he is jaw dropping to everyone.  He gets smarter, more challenging and more magnificent each day!
Would love to see pics of other Flo and Boone pups from March!

Ps. Here’s a great new Kong toy I found which is great for stuffing small kibble, treats and peanut butter into the holes, on both sides.

We appreciate your cute and newsy update, Mardo. Possibly someone else will read this that has a littermate and send us another update. That would be excellent.

We are glad to hear you are doing well together–thanks again.

Dyson is well and growing fast. He goes to puppy class and is a superstar. He also goes to puppy socialization play dates weekly. He’s a little shy to get started but once he observes for awhile he’s happy. If he gets overwhelmed he finds someone’s legs to stand in between. He loves people!  One of the supervisors said he is a polite puppy which made me proud.

At home he’s in love with playing with Leo and Leo has accepted him fully.  Dyson is very interested in people first dogs second. And he likes to sit watch and observe new situations. Oh he’s going to be such a smart dog!!

We appreciate the update (including the photos)–and especially insight into living with this lovely boy. Thanks for remembering us–it means a lot.

The photo you posted yesterday made me send you this when April and I get up, they get in bed and take our place! 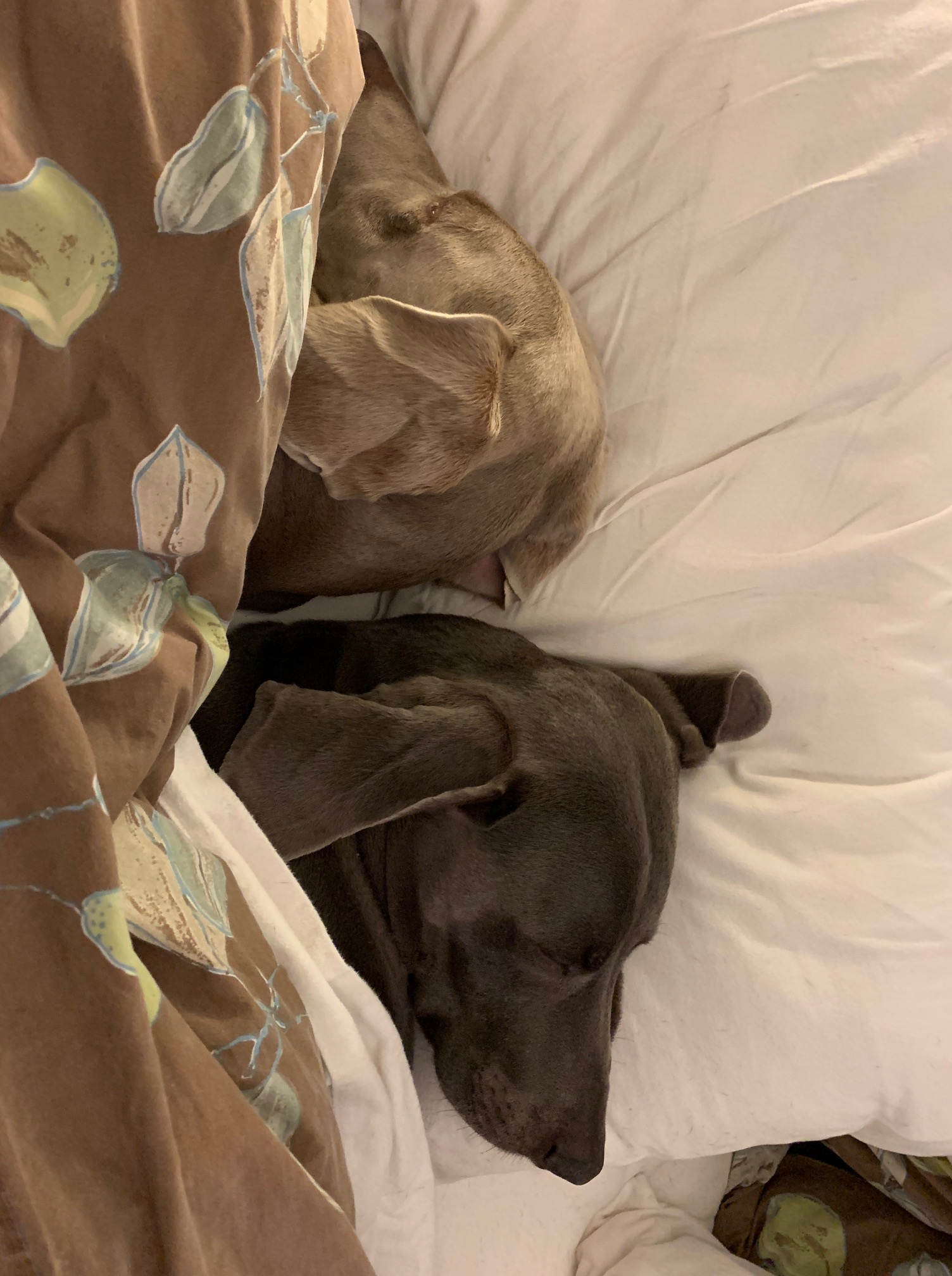 How many OwyheeStar Weims like to crawl under the covers. We all know that this is a thing. Some share the bed with their owners. Others might not be able to take it over until their ‘hoomans’ get up. Either way, they take full advantage when given the opportunity. Isn’t this about the cutest thing ever?

It’s a Jungle Out There

I am glad Grandma Deli is nearing 14.5!!!!  Amazing.  One thing for sure is Oscar is healthy like an ox.  He clearly comes from good lines.
He’s not as good as Baron was on the trails though.  He runs real heavy and his paws get chewed up after 20km or so.  He still wants to keep going, but I usually limit him a bit.  He can go much further if it is on softer ground but here in “the Rockies”…..well you get the picture😊

The view is good…

Living the Good Life in Calgary

My dad wanted you to see I have a very nice, (a good-sized) tongue. Another thing he likes about me (besides spending our time together) is my beautiful coat. No, I am not wearing a fashion parka, but my fur is extraordinary.

I have a lot of responsibility here in Calgary. My mom is a doctor, and she does a lot of things to help people. She is a bit of a fashion mogul herself; you might say that we hangout together. I think we cause quite a stir when we do. Below are some important snapshots from my world. I hope you enjoy them.~ Oscar

Here’s some pics of the baby.

Comments Off on The Baby

As you know we spend a great deal of timing hiking, exploring, and doing things outside. Dad has to work, but whenever we can, we are out and about. Nevertheless, there are those times I can find comfort of the best kind.

A few Previous Outdoor Photos of Me…

A top this great rock 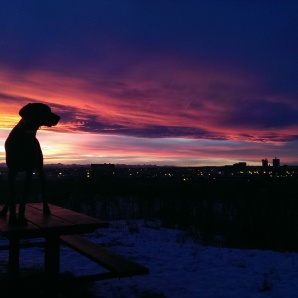 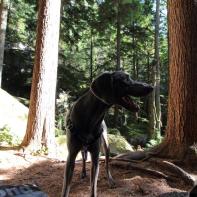 Running in the snow

Practicing for a camp out

I stay inside when Mom and Dad want to; I am good boy. 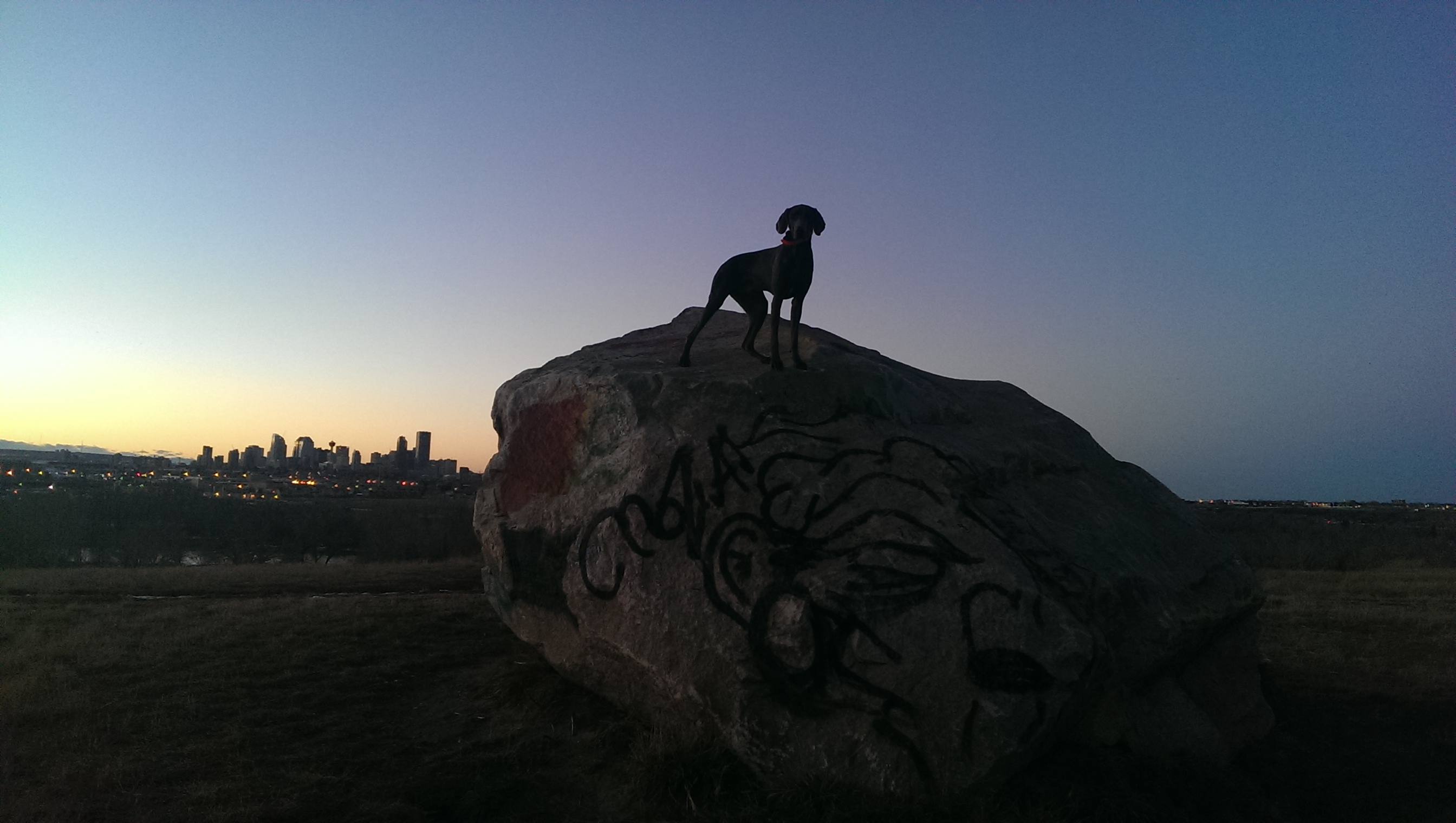 Oscar loves to climb!   He doesn’t even mind the graphiti ~ Jeff

Trevis and Oscar hang out 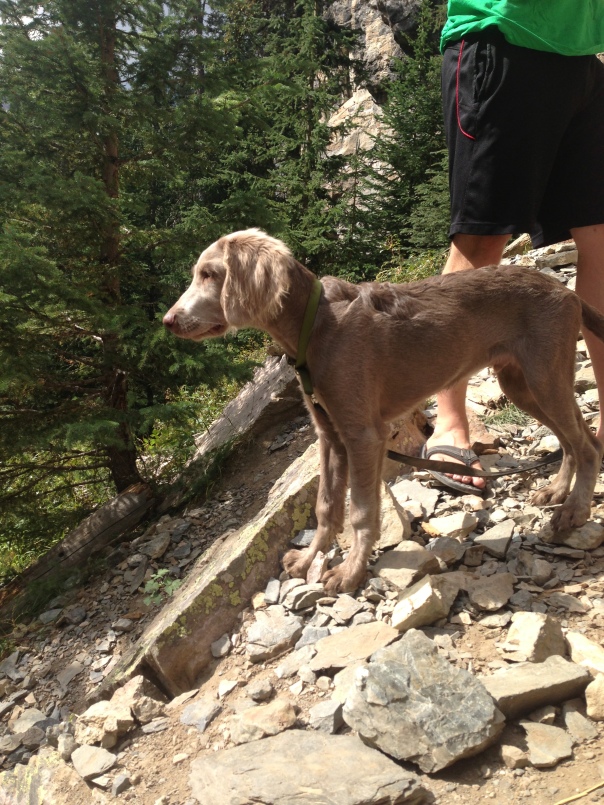 He is learning so much every day.  We have been taking him out to do something different every weekend.

He and Oscar spent the weekend together…

He spent this last weekend hanging out Oscar.  We took him hiking and climbing.  It was a big day for him but he did well.