Breeder’s Note: Jan is an animal ordinance officer. Recently, we were discussing the spay and neuter policies (as well as all the different views on the issue). We are posting her comments to balance what others might be saying. There are a lot of folks that want to leave their dog intact. Others are confused as to the timing of the spay and neuter. Here are two links to previous informational blogs on this topic–Jan’s comments follow. 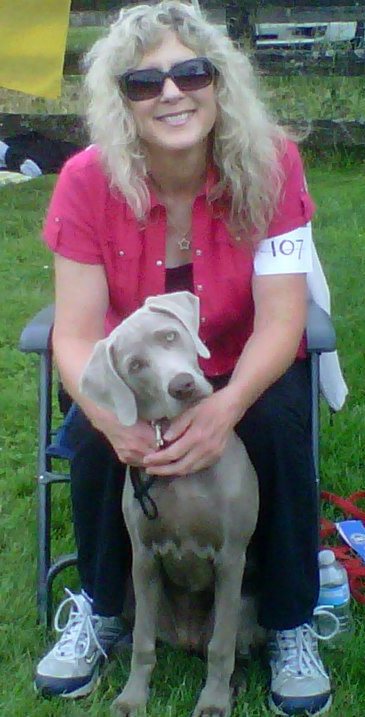 We promote spay/neuter at 6 months as part of our RPO (Responsible Pet Ownership) program at work- you and I both know that for almost everyone in the pet owning public, spay/neuter is the best idea for their pet.

Young Willow enthralled with a chicken

I also tell people that statistically, 19 out of 20 of MY dog bite cases I do at work involve an intact male dog, I think that speaks volumes.  In addition, almost every dog I deal with running at large has not been spayed/neutered…that is often why they are running loose.  I don’t encourage waiting later than 6 months to alter- males especially can get feisty at the 7, 8, 9, 10 month age and statistically the highest amounts of reported dog bites occur when dogs are 7-18 months of age.

Willow is a pointer

Willow was just out pointing at my bird feeder where the birds and squirrels come to feed; she will stand out there for hours at a time, I guess it is like watching TV for her, hahaha!

Breeder’s Comment: Jan also agrees that a male is not a problem when altered in a timely manner. The intact male who is aggressively biting is more often than not fueled by hormones. (Or the habits began when they hit puberty, and something went awry.) There are other serious issues with intact pets, and again, especially the males are prone to these issues.

The intact Weimaraner is more likely to get run over. This is because they have an acute sense of smell. They will seek out any intact (in-season) female in their area. This can result in unwanted litters, spreading disease, and damaged properties. Fences, kennels, or other barriers will not stop a crazed male from getting to a ‘hot’ female. Property and relationships are often destroyed. Shelters and Animal Control Officers spend a good deal of their time trying to mend fences, and deal with out of control dogs. Beyond chasing intact females, both the male and female are driven by motion. Adding hormones to this formula is all too often a fatal combination. The intact Weimaraner is more apt to dart out into traffic because they caught sight or scent of something, and they want to give chase. You cannot call them off by offering them a cookie, because the treat they want is whatever they are pursuing.

Females also can become snappy, and unpredictable. This is often fueled by hormonal surges. They can be equally challenging, and some follow suit with the male counterpart–running at-large, seeking a mate, and being out-of-control. Many times, the well managed (and altered) male can be a lot easier than the female Weimaraner. The problems are more manageable (and sometimes avoided entirely) with altered pets. The Weimaraner owner must gain their pet’s cooperation (and respect). Altering your pet will not cure every ailment, or human-failure to follow through. This breed can be more challenging than the typical Labrador, but when altered, and trained, it can be a delightful good citizen.